The cassia obtusifolia, also referred to as cassia tora is a weed crop plant belonging to the Caesalpinaceae family. The plant mostly occurs in India, Nepal, china, Pakistan, Afganistan, mynmar and may also be found in Bhutan. The product is manufactured through grinding the cassia tora seeds. It is now a recognized food additive containing repeating units of galactose and mannose in a ratio of 5:1 respectively.

Currently, the Indian sub continent is the biggest manufacturer and exporter of the cassia gum powder. The powder is increasing in demand across the globe due to increasing applications in the food and feed industry as well as the beverage industry.

Cassia gum is currently authorized in feed with moisture content less than 12% as an emulsifying and stabilizing agent, thickener and gelling agent. The gum is also authorized for similar technological purposes in some food stuffs such as edible ice; dairy based desserts, fermented milk products, cheese, dressings and dehydrated soups.

According to the European food safety authority (EFSA) the cassia gum is used in combination with other gelling agents such as the kappa- carrageenan or the Xanthan gum during manufacture of the pet foods. 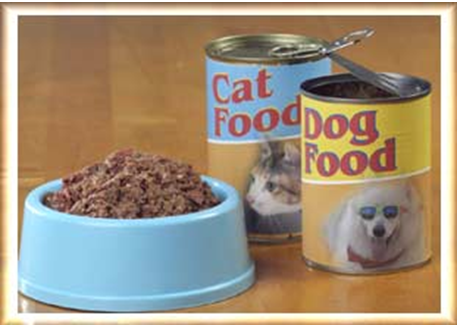 The cassia gum is recognized to contain anthraquinones in it. This is a group of functional and diverse aromatic chemicals that are structurally related to anthracene, and has a parent structure 9, 10-dioxoanthracene. They occur naturally in the cassia species in free glycone and glycosylated forms.

The introduction of purification steps in production of cassia gum has resulted in considerable reduction in the anthraquinones concentration. The use of more specific analytical methods such as the high performance liquid chromatography (HPLC) has enabled separation of individual anthraquinones. This has helped in better purification procedures to be developed. The specifications of cassia gum food additive allow a maximum content of total anthraquinones at 0.5mg/kg which is at the detection limit.

Cassia gum powder is used as a food additive in combination with other gums in order to obtain the optimal gelling and stability. Research was conducted on the stability of the gel over a period of three months for canned dog food and showed no significant losses of gel strength.

The anthraquinones present in the cassia gum are considered to be poorly bio available and hence minimal side effects to pet animals. It is also thought that where a fraction is absorbed, they undergo liver oxidative and conjugative bio transformation and finally excreted by the body.

Research has been done on the efficacy of the cassia gum powder, by studying the gel strength values of the complete canned dog food. It was observed after three months of storage that the products remains stable and it has no effect on other product ingredients hence remains very effective.

Research has concluded that only semi refined cassia gum that meets specifications of cassia gum as a pet food additive should be used in the manufacturing of pet foods. The maximum allowable content should also be maintained as 13200 mg/kg complete feed.

The guar gum is the ground endosperm of the guar plant seed found mainly in India and Pakistan. It also occurs in Texas in the United States. It grows mainly in the arid and semi arid regions. Chemically, the guar gum is a polysaccharide composed of mannose and galactose units joined by glycosidic linkages. The guar gum is soluble in cold water and effectively acts as a non ionic hydrocolloid. This makes it an effective thickening agent for various food applications. Due to its relatively cheap cost and availability, it has gained widespread popularity not only in food but also in other industrial applications.

Health Aspects of the Guar Gum

Studies indicate the guar gum is beneficial for a few specific areas of health and provide some health benefits.

Due to its high levels of fiber, it has been found to support a healthy digestive system. Studies have found that it can help relieve constipation through speeding up food movement through intestinal tract.

Since the guar is a type of soluble fiber, it can slow absorption of sugar and lead to reduction in the blood sugar levels. Research has shown that regular consumption of food with guar gum leads to a significant drop in blood sugar and a rapid decline in the level of LDL cholesterol in the body.

This is mainly associated with the role of fiber in reducing the total food intake. The fiber moves through the body undigested, thus promoting a satiated feeling and reducing the person’s appetite. The guar gum has been found to cause reduction of appetite and reduced intake of calories from snacks consumption.

The guar gum solutions show good stability in most food processing operations and recipes. They have also been found to have good thermal stability at neutral PH levels. The cold solubility and good freeze – thaw stability has also made the guar popular in cold processed / frozen foods. In ice cream formulation, it is used to provide that smooth melt down and reduce the thermal shock while in meat products it helps prevent fat migration and dripping of fats in sausages.

The main property of guar gum is its ability to form the viscous colloidal solutions after hydrating with cold water. The resulting solutions exhibit a variance in viscosity versus the shear rate of the non – Newtonian fluids.
The guar gum is also used in viscosity control during processing whereby it prevents clumping at the filling heads during canning processes. It is also widely used as a flour additive in the backing industry.