Tamarind is one of the often used culinary items in Indian as well as other cuisines. India is the world’s largest producer of tamarind. Karnataka, Tamil Nadu, Chhattisgarh, Kerala, Andhra Pradesh, Maharashtra are amongst the major tamarind producing states. Tamarind pulp has been used in several culinary preparations and tamarind kernel powder is used in textile, cosmetics, confectionery, cosmetics, and pharmaceutical industry.

Tamarindus indica is the plant species that bear the tamarind fruit. The endosperm layer of the seed produces the tamarind gum powder. This gum is used as a thickener and stabilizer across various industries. 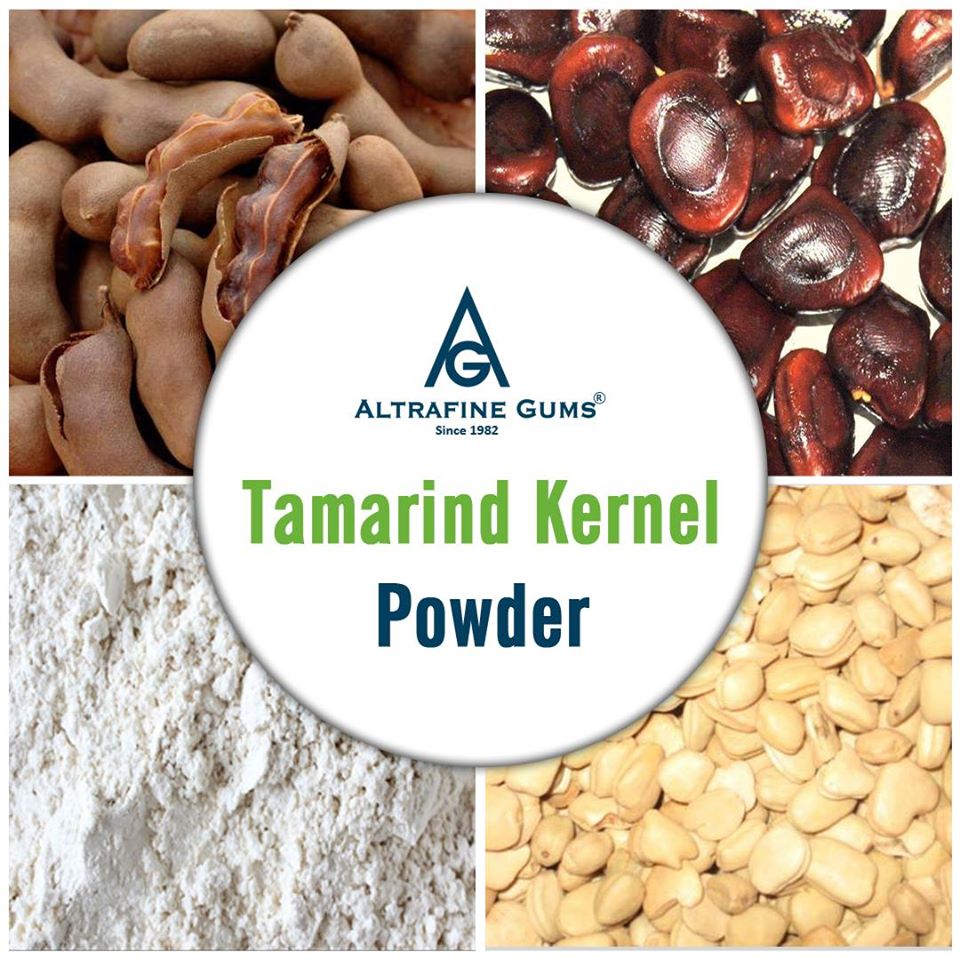 Food Industry Deoiled Tamarind Kernel powder is obtained after the dehulling of the seed coat. The seeds are later on grinded to make kernel powder. The polysaccharide comprises close, galactose and glucose cumulatively called as xyloglucan. The deoiled tamarind kernel powder is commercially used as additives for improving the viscosity and texture of processed foods. The addition of the polysaccharide to the food items also brings hardness and crispness and this property is exploited in making biscuits.  Cost effectiveness of deoiled kernel powder makes it an obvious choice over pectin in making jams and jellies. The powder can form a gel and is thus used as a thickening agent.

Textile Industry One of the common use of deoiled Tamarind Kernel powder is in the sizing of textiles such as jute or cotton yarns. Due to its low cost, it has replaced the starch. Deoiled Tamarind Kernel Powder is also known as Tamarind Xyloglucan. This polysaccharide present in Tamarind powder swells in water and forms a mucilaginous solution after heating up.  It thickens the solution too. sed by Processor in printing of disperse dyes on polyester fabric.

Medical Industry Due to the low carcinogenic property of Deoiled Tamarind Kernel powder, it has been used in a novel drug delivery system. Other properties such as bio compatibility, drug holding capacity have helped it act as a stabilizer in the ointment, coating agents for tablets.

Paper Industry   Boric acid and Phenol are the two by products received upon boiling the deoiled tamarind kernel powder in water. Both of them acts as a preservative and gives out a quality paper adhesives. Adding Xyloglucan to paper pulp eases the friction and hastens the process of sheet formation. The powder acts as a binding agent that keeps pages of the books stick together and improves the overall mechanical strength if it is once coated by xyloglucan.

Altrafine Gums is a name for authentic and reliable natural gums to be produced for industrial purposes. The company plays a role in the distribution of gum and its powder for other industries such as pet food, textiles, paper pulp, etc. The company has been catering to the needs of such industries for around thirty years.