The psyllium husk is made up of the epidermis of the dried ripe seeds of the plantago Ovata F. The psylliyum powder is extracted from the seed of the plantago Ovata plant. It has a high level of soluble fibre. The beneficial bacteria make use of soluble fiber to energize the colon and thus help to enhance the natural elimination process of the body. A healthy colon system, like any other organ in the body requires energy. When the psyllium is consumed, it helps slow down the absorption of foods and aid in water retention thus supporting a healthy and well formed bowel movements.

Composition of the Psyllium Husk Powder 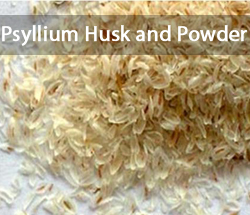 From research, it has been recognized that the psyllium is very high in xylose – 59%, arabinose at 22.3 %, Uronic acid, galactose, glucose, rhamnose, mannose, and small levels of ribose. The un-fermentable portion of the powder is responsible for gel formation and fecal formation after supplementation with psyllium.

Studies have shown that the psyllium husk meal when consumed before meal time and in the required dosages has the potential to cause a reduction in the appetite. 20 g of psyllium husk taken 3 hours prior to a full meal, and then immediately prior to the meal, significantly increased meal – induced satiety. This may eventually help people to reduce the energy intake by earlier termination of meals. This supplementation and the increased feeling of fullness also help reduce the fat intake.

The functional benefits of the psyllium are well recognized and various national agencies are following up on the use of the product in management of cardiovascular health.

It has been observed that psyllium husk powder administered as the commercial bulk forming laxative has the effect of reducing the serum triglycerides. Repeated research has now shown that the powder effectively lowers the blood lipid levels and mainly the LDL cholesterol.

In young children the effect of the psyllium has been studied for the control of hypercholesterolemia. The process by which psyllium lowers the LDL cholesterol is on study. It has however been reported that this process is related to the ability to stimulate bile acid synthesis and loss.

In the management of the type 2 diabetes among patients, the main priority is the normalization of the blood glucose values. High fiber diets for these patients help in reducing the blood glucose, cholesterol as well as weight reduction and maintenance.

The psyllium plant has had a long history of use in various industries and mainly as a dietary fiber supplement. It is a gentle bulk forming laxative that has for a long time been used to promote the functioning of the large bowels of the body. Recent research has shown that the plant fiber has good effect on various conditions of the circulatory system.

There has been much international intrest by the public, research organizations and regulators in the medical application of foods with specific health benefits (functional foods), that favorably modify physiologic function of the body. The psyllium has been at the center of research on these kinds of foods.
There has also been a lot of interest by  psyllium husk manufacturers to produce these functional foods and ensure efficacy of action. 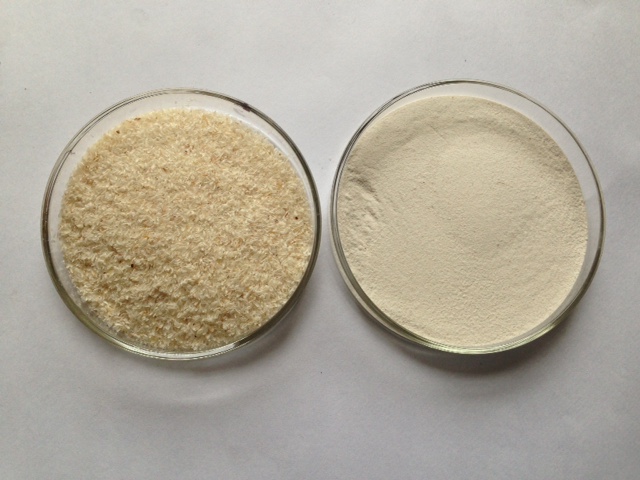 The physiologically active component of the psyllium husk has been shown to be a highly branched, neutral arabinoxylan consisting of a xylose backbone and arabinose /xylose containing side chains. When compared to other cereals that are extensively fermented in the colon, the psyllium husk possesses a unique feature that prevents its fermentation by the typical colonic micro flora. The plant fiber is classified as the mucilaginous fiber due to its powerful ability to form a gel in water and research has shown that the gel forming fraction amounts to 55 – 60% of the husk. This component is responsible for the laxative properties of the psyllium husk powder.

The fiber promotes laxation through increasing the colonic contents and stimulates better propulsion. The unfermented fiber and accompanying moisture held are important in increasing the stool mass. They also provide a good substrate for microbial growth, hence a greater bacterial mass. Psyllium containing stools also contain an unfermented gel that acts as an emollient and lubricant for better stool passage.

Supplementation of diet with psyllium is helpful in the treatment of irritable bowel diseases, inflammatory bowels disease and ulcerative colitis. The beneficial effects on colitis and inflammatory bowel disease have been observed to be due to the anti-constipation activity and increased levels of the short chain fatty acids called butyrate. Research has shown that the anaerobic fermentation of the psyllium fiber in the intestines results in considerable production of the short chain fatty acids acetate, propionate and the butyrate.

The short chained fatty acids and mainly butyric acid nourishes the colonocytes, which is important in colon cancer prevention. This chemical also exerts potent inhibition of inflammation and carcinogenesis to build more defenses against colon cancer.

Due to these characteristics of the Psyllium, various commercial uses have emerged for the product in food, pharmaceutical and other industries. Although dietary fiber is best obtained from consuming whole foods, fiber supplementation with the Psyllium husk powder is also recommended to close the fiber gap.

There has been a high annual variation in the production of the guar gum which has consequently affected the levels of export of guar and its derivatives. The guar gum is highly used in the food industry such as baking and thickening agents and food safety concerns are also becoming critical considerations in the guar supply chain. There has also been a low level of preparedness by guar gum manufacturer to handle these challenges and this has had a negative impact on the continued growth and success of this industry.

India is the largest producer of guar gum, contributing over 80% of the global production. There has been several attempts made to prepare a road map for the development of the guar gum production, marketing and the processing industry. There have also been deliberate efforts to align the views of all the stake holders in the value chain to create a single vision strategy for streamlining the product supply chain.

Identification of Issues Critical To Long Term Profitability and Sustainability

This process will involve; 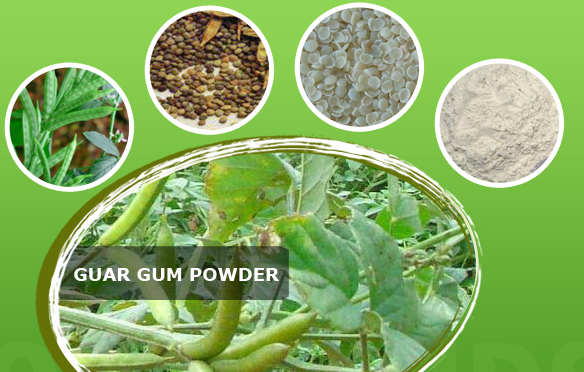 This is largely affected by the monsoon conditions in India and mainly in the western districts of Rajasthan. While it is impossible to change the weather patterns, strategies can be adopted to develop varieties that can withstand mild to low rainfall or even draught resistant varieties of the guar seed. Research and breeding stations are required to develop varieties with higher yield levels to increase the seed replacement ratios and consequently reduce fluctuations associated with lower yield levels.

Increased emphasis in extension services aimed sensitizing farmers on the best practices for better production and higher yield is a key factor in enhancing stability in the supply chain.

The guar seed has a shelf life that is more than three years with no losses in any of its properties and qualities. The product also requires minimal maintenance and handling practices. The prices of the guar therefore largely depend on the production levels and the monsoon conditions. The emergence of futures trading for the guar has therefore served to minimize the price risk and cause stability in the supply chain. This hedging platform must therefore be supported for the benefit of the farmers, processors and exporters involved in the whole chain.

The various products and by products that are derived from the guar plant creates even greater demand for the plant. The marketing process involves mainly farmers selling the produce to commission agents who then sell to wholesalers and processors. By products such as the guar meal is manufactured and sold as animal feed to the domestic market. Creating efficient infrastructure system such as access roads and better storage technologies will also go a long way in ensuring efficiency in the guar gum value chain.