Cassia gum powder is extracted from the endosperms of the seeds of Senna obtusifolia and Senna Tora. They are also known as Cassia obtusifolia & Cassia tora respectively. Cassia gum comprises at least 75% polysaccharide with the mainly composed of galactomannan. It has a mannose: galactose ratio of 5:1 that results in a higher molecular mass.

The colour of cassia gum powder is off-white and odorless in nature. Its structure imparts it several properties that make it suitable for application in numerous industries. The cassia tora plant also consists of around 1-2% cassia oil that imparts a spicy aroma and improves the food taste.

Cassia powder comprises of 75% polysaccharides by weight. This makes it highly soluble in hot water to form a full stable viscous gel. It thus finds application in industries to be used as emulsifiers, thickeners, and stabilizer additives. Cassia gum powder is used extensively preferred for use in the food industry. It is used as an additive for human feed as well as pet and cattle feed products. The cassia seedling constitutes of resins, sugars, tannins, gums, mucilage, oils, and cinnamaldehyde that makes the cassia powder a very natural choice for its use as food additives. Additionally, it is also used as pesticides, since it is a natural ingredient. The cassis powder, therefore, is used as an additive in pet food and cattle feed products as well as the powder does not cause any toxic effects on the animals. It is considered safe to be used for both animal feed and human food thickening.

Cassia powder is the most preferred natural ingredient in the food industry. It is used as a thickener, foam stabilizer, and water retention agent for making different beverages. It is also used as a food additive in making cheese, frozen dairy desserts, meats, and poultry products. The seeds of cassia have several health benefits in them. For long, cassia gum powder has been preferred for ayurvedic applications for the treatment of several diseases. Cassia seed along with haw, pollen, honey, and jasmine are utilized in preparing the healthy beverage. It helps in lowering the blood fat & blood pressure and exhibits curing effect for diseases, like photophobia, constipation, cerebral vascular sclerosis, neurasthenia, gastroenteritis disorder, climacteric syndromes, prostatitis, etc.

Additionally, the bark of cassia induces hot taste and is thus preferred in winters to make the body warm. Cassia tora tea is prepared from the cassia seeds and is in high demand in Korea. A health drink made from cassia seed holds great medical importance in China. The preparation of this drink involves a series of procedures, like impurity removing, toasting, peeling, and powdering. It is made sure that the concentration of the main component of this drink, i.e. Cassia seed, is kept high in order to have a greater utilization ratio. This drink can be considered for long-term consumption and has no side effect.

The structure of cassia gum powder imparts it several benefits that make it suitable for various industrial applications. Cassia gum has several health benefits and is used in the preparation of beverages that have great nutritional advantages. The fact that the cassia powder is a great thickening, foam stabilizing and water retention agent highlights its importance as an ingredient in the preparation of numerous beverages.

Guar gum, chemically, is an exo-polysaccharide that is composed of the sugars- galactose and mannose. The backbone of the structure is a linear chain comprising of β 1,4-linked mannose residues to which galactose residues are 1,6-linked at every second mannose. As a result, they form short side-branches. Guar gum has the ability to withstand high temperatures of 800c for around five minutes. The presence of extra galactose points makes the guar gum more soluble in water. There are a number of other properties of guar gum powder that makes it suitable for wide industrial applications. Guar gum is used in the food industry, textile industry, paper industry, explosives industry, pharmaceutical industry, cosmetics & toiletries industries, hydraulic fracturing.

Kefir is a type of fermented milk drink, which is quite similar to yogurt. It first originated in the Caucasus, Eastern Europe, and Russia, and was prepared by inoculating cow, goat, or sheep milk with kefir grains. The grains of kefir are fermented overnight at ambient temperatures that yields sour, carbonated, and slightly alcoholic beverage having taste & consistency similar to yogurt. It contains a symbiotic culture of lactic acid bacteria and yeasts embedded in a matrix of proteins, lipids, and polysaccharides. This pattern resembles that of small cauliflower grains and is formed due to the result of microbial activity.

During the fermentation of kefir grains, the ingredient composition changes. Lactose or the sugar present in the milk is converted into lactic acid by the bacteria causing acidification of the product. This lactic acid is further broken into propionic acid. Other compounds that play a major role in flavor addition of kefir are pyruvic acid, acetic acid, diacetyl, acetoin, citric acid, acetaldehyde, and amino acids.

Guar gum powder is used in kefir as a thickening agent. Apart from kefir, it is preferred as a thickener in milk, yogurt, and liquid cheese products and help to maintain the homogeneity & texture of ice-creams. The structure of guar gum imparts it a number of properties that makes it suitable for numerous applications as gelling, viscosifying, thickening, clouding, and binding agent.

How to Make Kefir?

The first step of making coconut milk kefir includes mixing of kefir grains in the coconut milk and stirring it with a non-metal spoon. Then, cover the mixture with a coffee filter or a cloth and secure it by a rubber band. It is then cultured at room temperature, between the range of 68°-85°F. Guar gum powder is added before the solution is kept for culture in place of other additives and sweeteners as they can be hard on the kefir grains. Start checking the condition of culture after 12 hours. Once the coconut kefir has achieved the required consistency remove the milk kefir grains from it.

The Bottom Line: Guar gum powder is the most preferred additive in making Kefir. It is used as a thickening agent and should be added to the solution (before being kept for culture) in place of other additives and sweeteners who have the tendency to be hard on kefir grains. Guar gum has the ability to be used as a gelling, viscosifying, thickening, clouding, and binding agent in numerous industries.

Hydrocolloid is a substance that creates a gel by making use of water. It has several applications in many industries like food processing industry. Hydrocolloids are very popular and are a wafer type dressing with agents that form a gel in an adhesive compound. It is a heterogeneous group of long-chain polymers that has the ability to modify the rheology of food systems. It affects the viscosity (flow behaviour) and texture (mechanical solid property).

There has been a rise in demand for hydrocolloid market which is mainly due to the processed food industry. Several statistics suggest that the hydrocolloid market will reach $108.5 billion by 2020. There are many applications in several other industries like pharmaceutical, mining, tobacco, textile, oil drilling, and more.

Cassia Gum Powder is comparatively new food hydrocolloids. Caesalphiniacease is a wild crop found in several parts of the Indian Subcontinent and is useful to produce cassia gum powder. It is also found in several other regions like China, Indonesia. It is useful as a thickening agent, emulsifier & texturizer and has several applications in many different industries.

There are many applications for Hydrocolloids including that for medical treatment. A dressing created with the help of hydrocolloids has an ability to provide an optimal healing environment. The fact that it is moist and insulating is an added advantage. If a wound is free from infection, the use of hydrocolloids is very useful; since it allows the enzymes of the body itself to heal a wound. Some of the popular properties of hydrocolloids include: 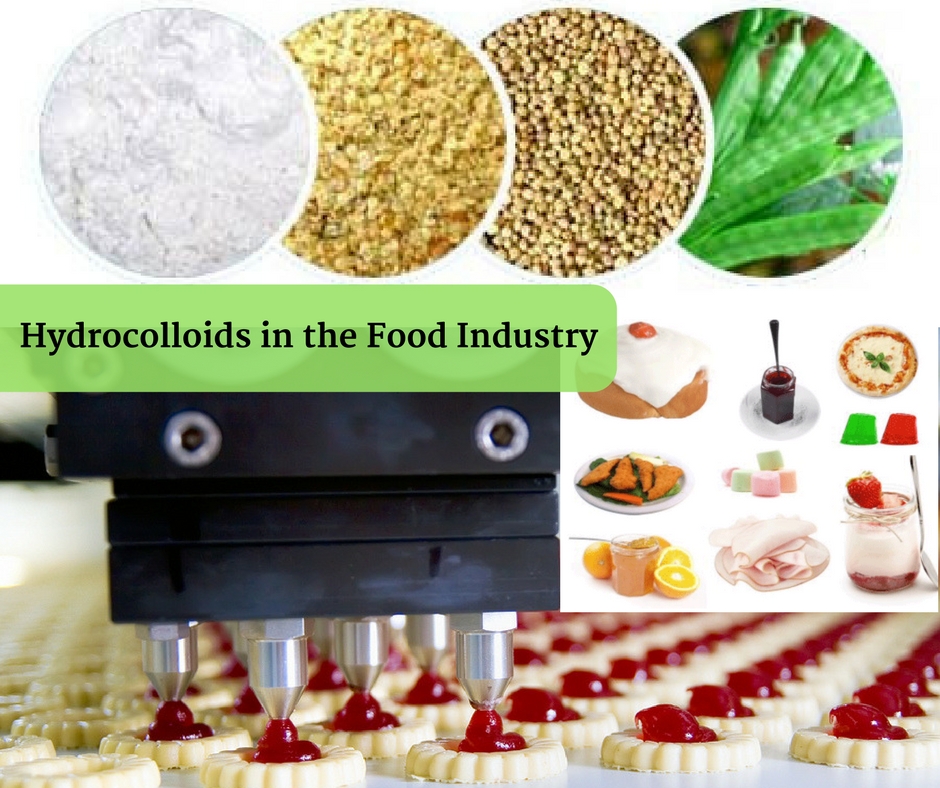 The global market for food stabilizer has been growing and is likely to grow further. In fact, as per several statistics, it grows at a CAGR of 4% by 2020. Ready to eat or processed food is becoming more popular and the growth of the global hydrocolloid market is likely to increase  demand for such convenient food. The food market in India and China are the main targets for such food items due to rapid urbanization and number more of working women.

Here are several statistics and facts that help understand the rise in demand for hydrocolloids:

Thus, the global hydrocolloid market is on the rise and it is mainly due to the food industry. This trend is likely to continue into the future thus increasing the demand for hydrocolloids like Cassia Gum Powder.