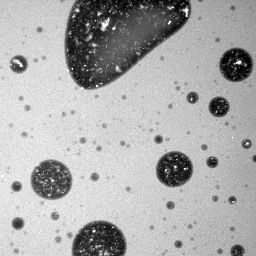 Hydrocolloids in simple terms refer to substances that form a gel when they come into contact with water. They are usually referred to as gums. Hydrocolloids help control the thickening and gelling properties of aqueous foods. The most commonly used hydrocolloids in the food production industry include; cassia gum,sesbania gum, tamarind gum, guar gum, fenugreek gum, gelatin, Arabic gum et cetera. Hydrocolloids are organic and naturally occurring, some are extracted from tree sap, seaweed, seeds or roots among other sources.

Hydrocolloids are widely used in the food industry because of their ability to alter flow properties of liquids, their gelling ability, their ability to cause oil droplets emulsification and they also prevent ice recrystallization. Hydrocolloids are used as thickening agents, emulsifiers, stabilizers and water retention agents in different food industries. These functions are listed below.

Thickening and agent- Hydrocolloids are added to foodstuffs such as sauces, gravies, instant soups, cake batters, jam and other salad dressings to promote evenly textured thickening. This is also applied to the processing of puddings and desserts.

Emulsification- the use of Hydrocolloids as emulsifiers helps prevent the separation of oil droplets from water. This is important when products such as margarine are produced as their ingredients contain both water and fats. The same case applies to the production of ice cream.

Stabilizer- the ability of Hydrocolloids to hold together components of a food product thus preventing physical changes from occurring makes it a great stabilizer. It increases the shelf life of processed foods, keeping them fresh for longer.

Water retention agent- Hydrocolloidssuch as guar gum powder are good at retaining moisture. This has vital applications in the baking industry to keep the dough from drying out. It also retains moistures in frozen foods. This is done to prevent syneresis.

Guar Gum as a hydrocolloid

Guar gum is sourced from the guar plants’ seeds. It is a common Hydrocolloid that is used in the food production industry. It is a common additive that is used as a thickening and gelling agent, a natural food stabilizer, a moisture retention agent and an emulsifier. Guar gum for food is used extensively in production and processing of foodstuffs as various industries make use of its properties. To know more about guar gum please visit: https://www.altrafine.com/guar_gum_powder.html

Unlike the guar gum, the use of cassia is largely limited to pet-food production. Cassia gum has properties of a thickening agent, texturizing agent and foam stabilizer, however, its use is largely confined to production of pet food.

Tamarind, Sesbania and Fenugreek as Hydrocolloids

Tamarind is largely used as a thickening agent. Its use is not very wide spread and different people use it for different reasons. It is used in soups, jams, ice creams and juices to increase thickness. Like tamarind, Sesbania and Fenugreek are used as thickening agents in sauces. Their general use is also not wide spread. They are mostly used differently by different communities around the world.

Hydrocolloids have numerous properties which can be used and are being used in the food industry. Their use has helped food processing industries produce quality products that last longer by preserving them using organic agents.